Keeping evidence-based COVID-19 precautions top of mind for Ukrainians has been a challenge for the government. According to a survey conducted in April 2020—only a month after Ukraine’s first case of COVID-19—Ukrainians had low levels of concern around COVID-19, and reported feeling fatigued by COVID-related information and weary of the public health and social measures implemented to reduce transmission. When the country’s three-month lockdown ended in June and people returned to cafes, restaurants, and gatherings, Ukraine saw a spike in cases, becoming the country with the third-highest coronavirus infection rate in Europe.

A compelling communication campaign to convey the ongoing risk of COVID-19 was critical in sustaining the national response to the pandemic and fighting an infodemic of harmful myths and misinformation. Leveraging strong existing relationships—built through its tobacco control and Partnership for Healthy Cities programs—Vital Strategies worked in tandem with Ukrainian nongovernmental organizations and the government at the national level and city level in Kyiv, Ukraine’s capital city.

Through its Resolve to Save Lives initiative, Vital issued a grant that partnered the civil society group Life with the National Public Health Center (PHC), Ministry of Health (MOH) and the National Public Broadcasting Company of Ukraine to deploy a media campaign encouraging compliance with public health and social measures in the five regions hardest hit by COVID-19.

Partners worked together to develop the “COVID-Free Tomorrow” campaign, including an “explainer” public service announcement (PSA) informing viewers about the requirements of the new opening stage and warning about the continued risk of COVID-19. Short video and audio versions of the PSA were created, along with an infographic that was shared on social media and through posters.

The Ukrainian government formally endorsed the PSA, deeming it a message of critical importance for public health, and granting it free, mandatory airtime on national channels. The leading media holding company, National Public Broadcasting Company of Ukraine, broadcast the TV spots nationally over 900 times in June and July and aired over 2,000 regional spots with an approximate value of a USD $250,000. Regional governments also amplified the campaign, sharing the “COVID-Free Tomorrow” testimonials to more communities, broadcasting videos on LED boards in popular public spaces, and in markets and shops.

The National Public Health Centers ran social media posts that targeted priority regions and featured relatable, real-life community members. Among those who starred in spots were public transportation workers, restaurant and retail store owners, a young family and a barber, all of whom shared their stories of living under the “new normal” of COVID-19 and called on others to work together to keep the whole community safe. In one video, a young mother shared her “COVID-19 routine” and delivered an emotional call to action to the local community to keep their park safe for children. In another video, young restaurant owners explain how they ensure safety for their customers.

The social media testimonials were so well received that regional Public Health Centers funded production of “COVID-Free Tomorrow” testimonials with people from their regions, extending the reach of the campaign even further.

On social media, five video testimonials and an animated PSA  were viewed 5.2 million times across YouTube and Facebook. The potential reach of the campaign—the number of views it could have had, using potential view estimates—across all platforms, from social media to print to TV and radio spots, is estimated at 16,700,000.

At the same time, the Ukrainian capital city of Kyiv launched a complementary COVID-19 awareness campaign using a grant provided by the Partnership for Healthy Cities. Launched in 2017 as a collaboration between Bloomberg Philanthropies, the World Health Organization and Vital Strategies to prevent noncommunicable diseases (NCDs) and injuries in its global network of 70 cities, the Partnership expanded its scope of work to support immediate assistance in the urban response to COVID-19.

The City of Kyiv used this funding to develop a local public awareness campaign for urban residents, focused on disseminating information on how the virus spreads, preventive measures to stay healthy and how to get help if symptoms are detected. In a city where a significant part of the population believes in home remedies, such as eating spicy peppers or garlic to cure COVID-19, an important component of the campaign centers on myth-busting and curbing the local infodemic.

“For many cities, COVID-19 has become not only an economic or socio-political challenge, but also a crisis in the area of communications,” said Roman Lelyuk, Director, Department of Public Communications, Kyiv City Council. “The coronavirus has caused panic, a lot of myths around it and misinformation, which appear almost every day. Therefore, the main goal of the information campaign is to explain to people in simple words what really helps to protect themselves and others and stop the spread of the disease. After all, the level of responsibility of Kyiv residents and their adherence to quarantine requirements and restrictions depends on the effectiveness of communications.”

With cases in Kyiv spiking, city officials built on messaging created through the national grant. In July, Kyiv municipal agencies created their own “explainer” campaign, taking advantage of significant free media placement, including public spaces like subway stations—which serve over one million people every day—to broadcast the COVID-19 messaging. The infrastructure administration additionally chose to broadcast media spots at train stations where they could be seen widely by commuters.

Partners in Kyiv drew on expertise from Vital Strategies to tailor their campaign to their local audience.

“The support of the Vital Strategies team is essentially important. Based on their advice and experience of working with the network of more than 70 municipalities, we know exactly which messages are the most effective and can be applied to Kyiv local context,” said Anna Kunytska, Director, Municipal Enterprise of the Kyiv City Council Centre for Public Communications and Information.

Ukraine’s experience demonstrates that seed funding, applied early and together with strong technical and operational expertise, can provide a catalyzing effect to empower governments to act with greater speed and agility in the face of a crisis. To date, cases are in a sharp decline across the nation.

“Voices” of Long COVID Stress the Urgency of COVID-19 Vaccination 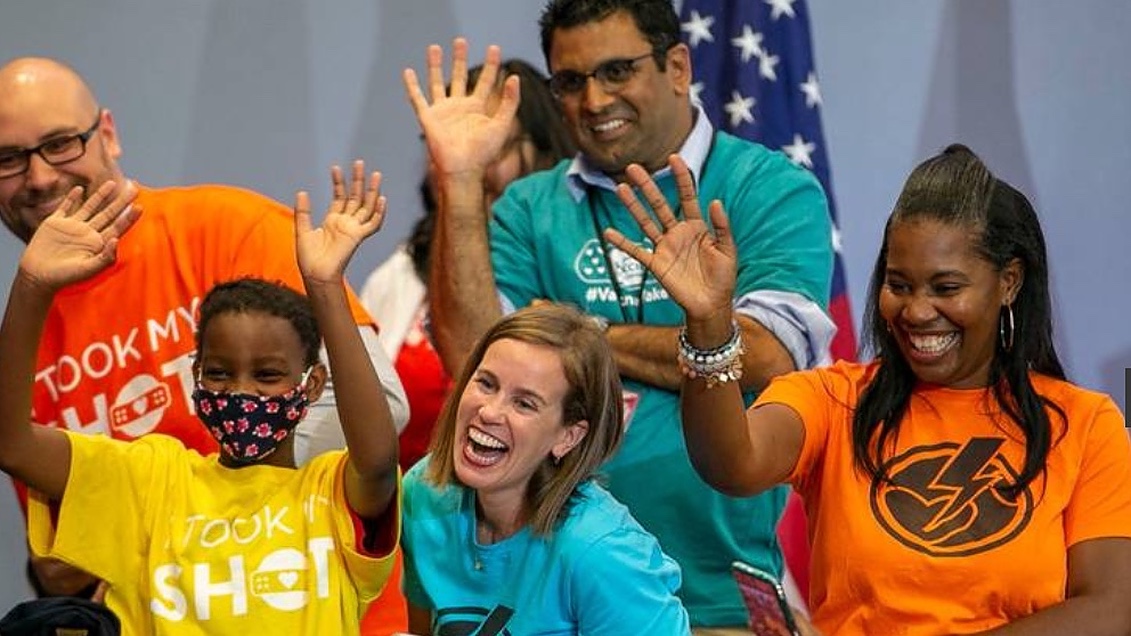 Getting shots into arms: A vaccine equity strategy in North Carolina

A community-focused approach to vaccination in underserved census tracts 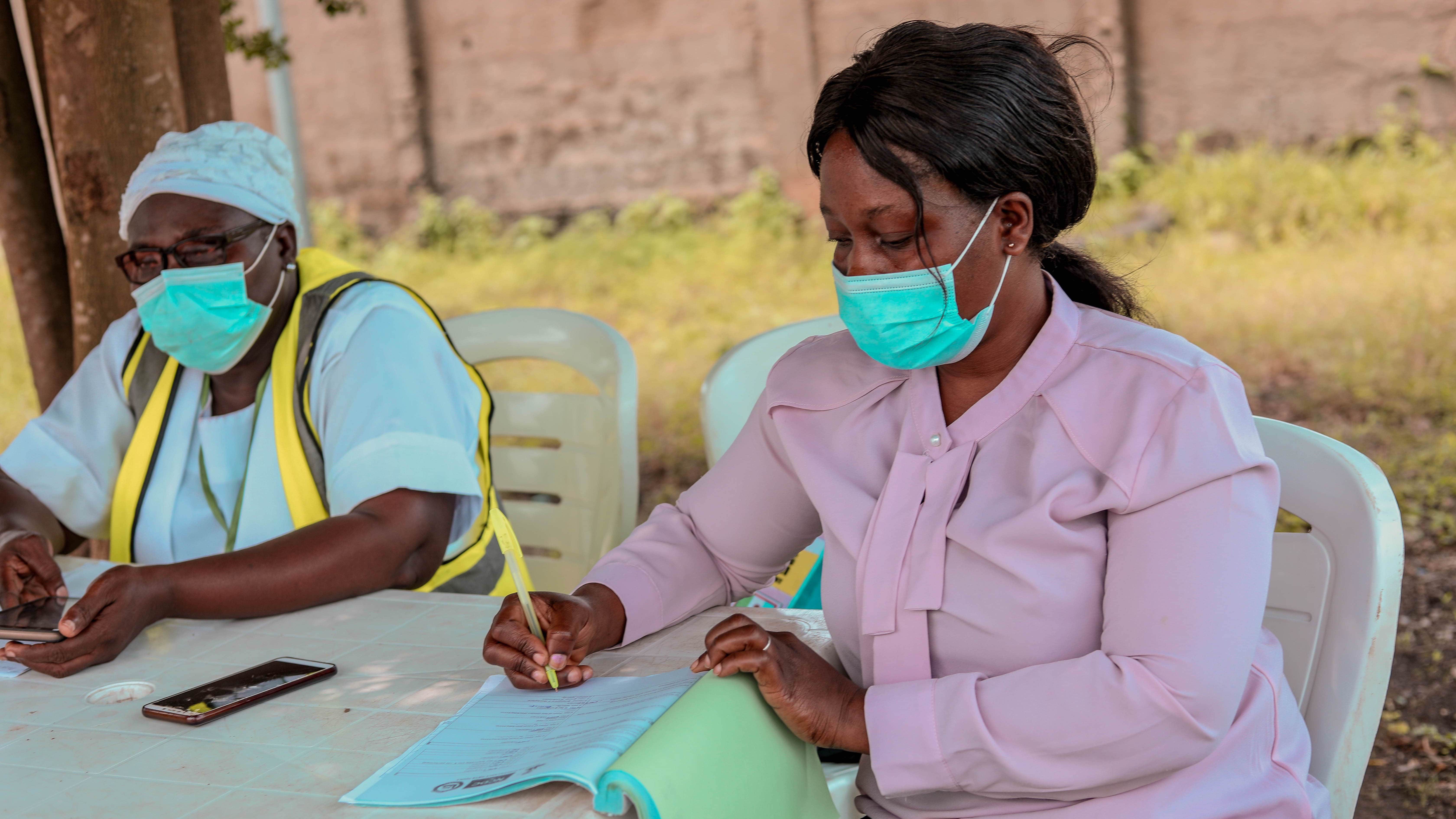