A Drive for Better Health: How Riders for Health Liberia Uses Motorcycle Transportation to Save Lives and Prevent Disease Outbreaks 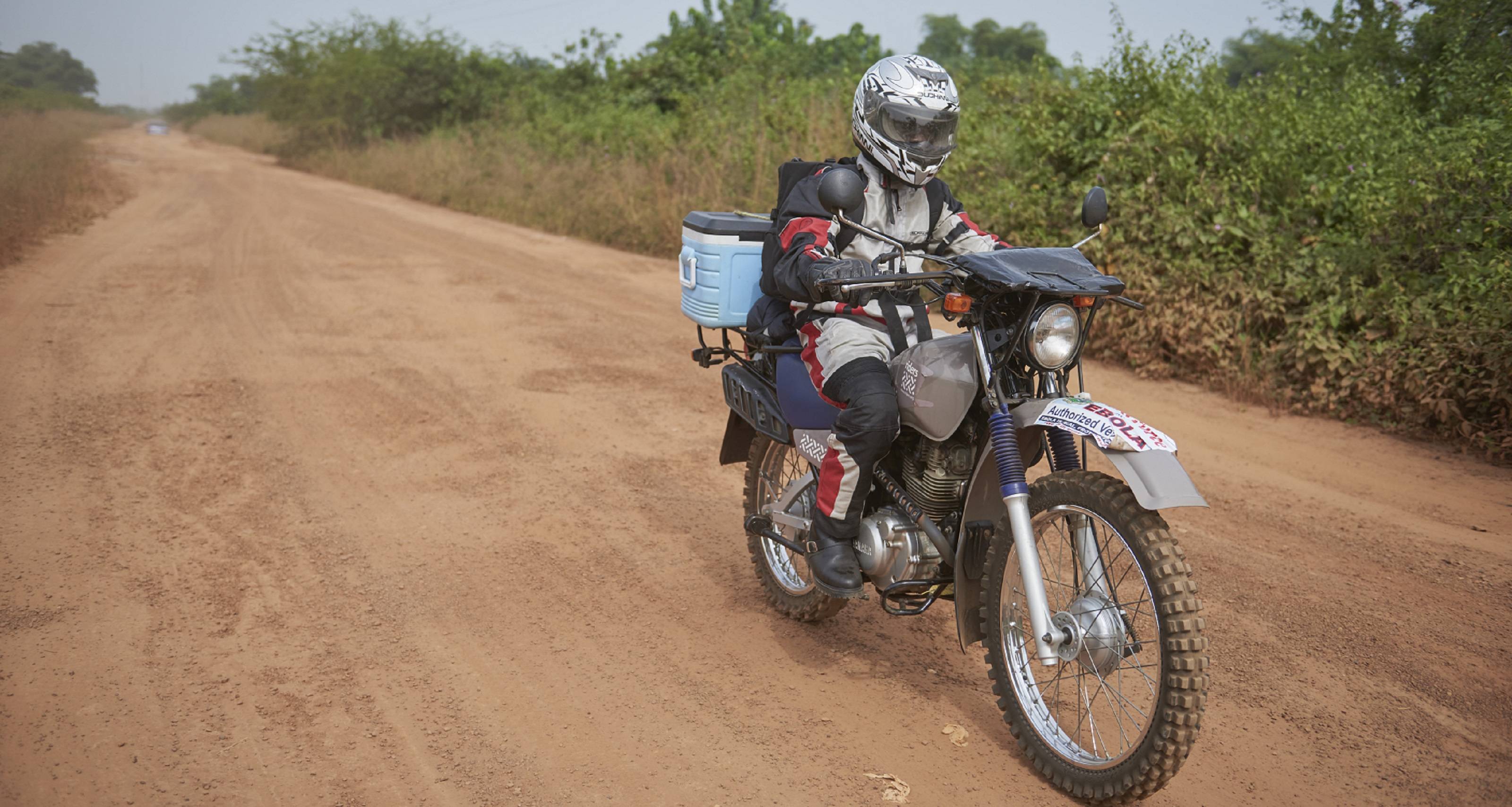 In rural Maryland, Liberia in the southeast corner of the country, a man sits on his motorbike. He squints into the sun and scans the horizon.  He is wearing a backpack and carrying a cell phone. A box that looks like a cooler is attached to the rear rack of his bike.

He checks the time, and then the distance again, looking for the dust cloud that signals another motorcycle coming into view. The clock is ticking.

This man isn’t preparing for a joy ride or a vacation. He is waiting for a courier, another “rider for health.” When that rider arrives, he will receive a transfer of precious blood and tissue samples. Then he will be off, shuttling those samples to a designated reference lab in Margibi County near the capital city of Monrovia. The samples will be shuttled to the lab through a series of courier relay centers over a distance of nearly 750 kilometers. To get to the next relay center, he will navigate a rutted, muddy road through the mountains that can be impassable for four-wheeled vehicles during the rainy season.

Once the samples arrive at the lab they will be tested immediately for diseases like Ebola, yellow fever, TB, HIV, or deadly diarrhea. The results will be sent by email or text message from the lab to the rural community health center.

“This is what we call our relay system,” explains Ngwarati Mashonga, Principal Investigator (PI) for the project and Director in the Riders International office, describing the journey that a sample takes from a rural community health center to a National Reference lab. “This network has allowed us to extend laboratory services to the entire population of Liberia, even to the most remote areas.” 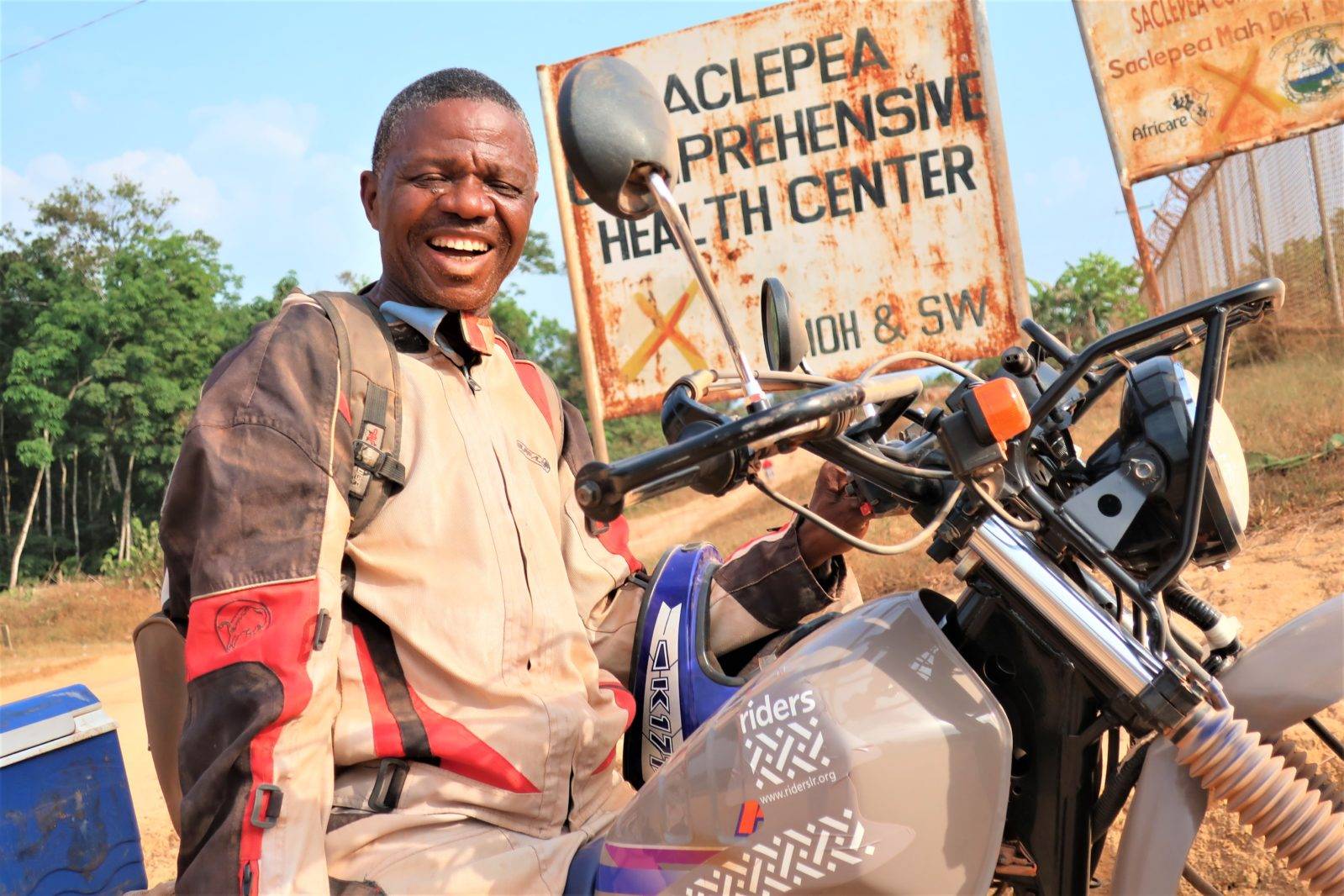 For some patients, a speedy diagnosis can mean the difference between life and death. But Liberia has only four functional labs, which are scattered across the country in urban areas. A few years ago, only one in four samples made it to a lab to be tested within 24 hours.  Riders for Health operates a fleet of nearly 60 motorbikes in Liberia that transport samples via this relay system; since they began their work, that number has risen to nearly 80 percent.

Riders for Health Liberia provides sample transport coverage to all of Liberia’s 15 counties. The organization first proved how transportation systems could function in the fight against outbreaks in that country during the Ebola crisis between 2014 and 2016. That crisis, which infected more than 10,000 people and killed nearly 5,000 in West Africa, was marked by a fragmented transport system that made it difficult or impossible for lab samples to be quickly and efficiently tested for Ebola. Riders for Health worked with the Incident Management System of the Ministry of Health to introduce motorcycle shuttling and standardize the transport system. Couriers transported up to 5,000 samples in September 2015, during the heightened surveillance for Ebola in Liberia, from nearly 400 facilities across the country. Each sample represented the future of that patient and many others.

In 2016, Liberia was declared Ebola-free.

“We felt like we made a valuable contribution to eliminating Ebola from Liberia, because our involvement meant there was now reliability in the health transport system,” says Trunos Grison, the Sample Transport Specialist.

In the aftermath of the outbreak, the country was determined to learn from the experience to help prevent future epidemics. The Ministry of Health knew that the inability to obtain accurate laboratory diagnoses could create opportunities for outbreaks to spread. But like many other low-income countries, Liberia faces healthcare constraints, including large distances between its rural communities and diagnostic labs, and limited funding. Weather and terrain pose major challenges. During the rainy season roads become impassable, and trucks can be stuck for days. Other options for transporting samples–like helicopters–are prohibitively expensive. 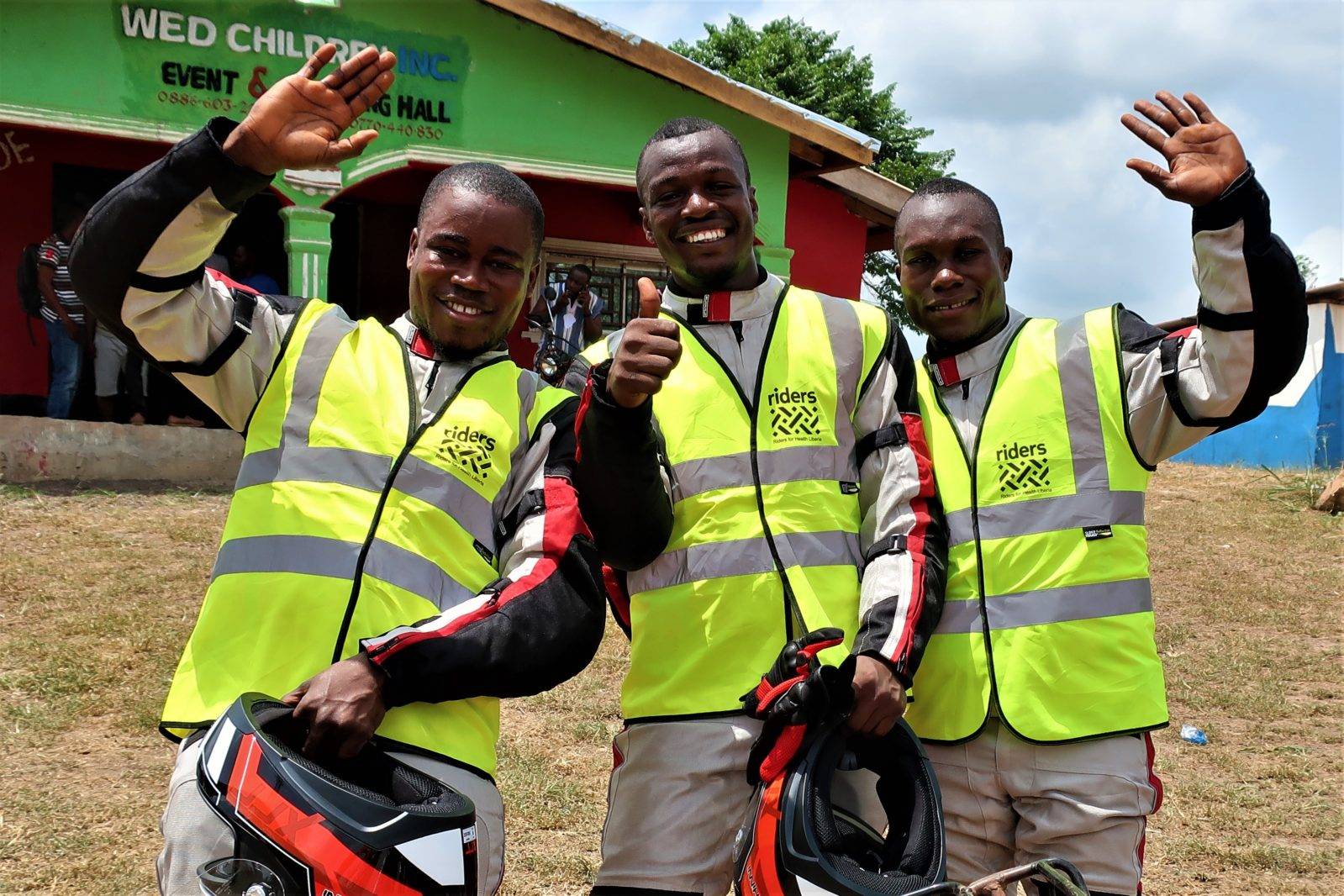 In addition to Liberia, Riders for Health systems works in six other African countries–Kenya, Malawi, Lesotho, Zimbabwe, Nigeria and The Gambia. In each country, the organization prioritizes local knowledge and employment, considering how each country’s health system contributes to the global health security agenda.

In The Gambia, Riders The Gambia (RFHTG) operates a nationwide model that is now financed by the Ministry. RFHTG is a self-sustaining project, which makes it the first country in Africa with enough viable vehicles to provide reliable healthcare services to its entire population. With a growing organization, logistics are proving to be a critical link for health across the continent.

Challenges loom for the project, as funding sources are set to expire soon. However, Riders for Health Liberia remains committed to its mission.

“We want Africans to do their part in running the system,” says Mehdeh, “Our vision is a world where health services reach everyone, everywhere. We believe that ‘last mile’ services should be cost-effective, efficient, and Africa-driven.”

As Riders for Health believes, the key to Moving Global Health Forward is that Health Ministries of African nations understand, take ownership and manage this unique system locally and sustainably to reduce public health threats and diseases outbreaks of epidemic potential. 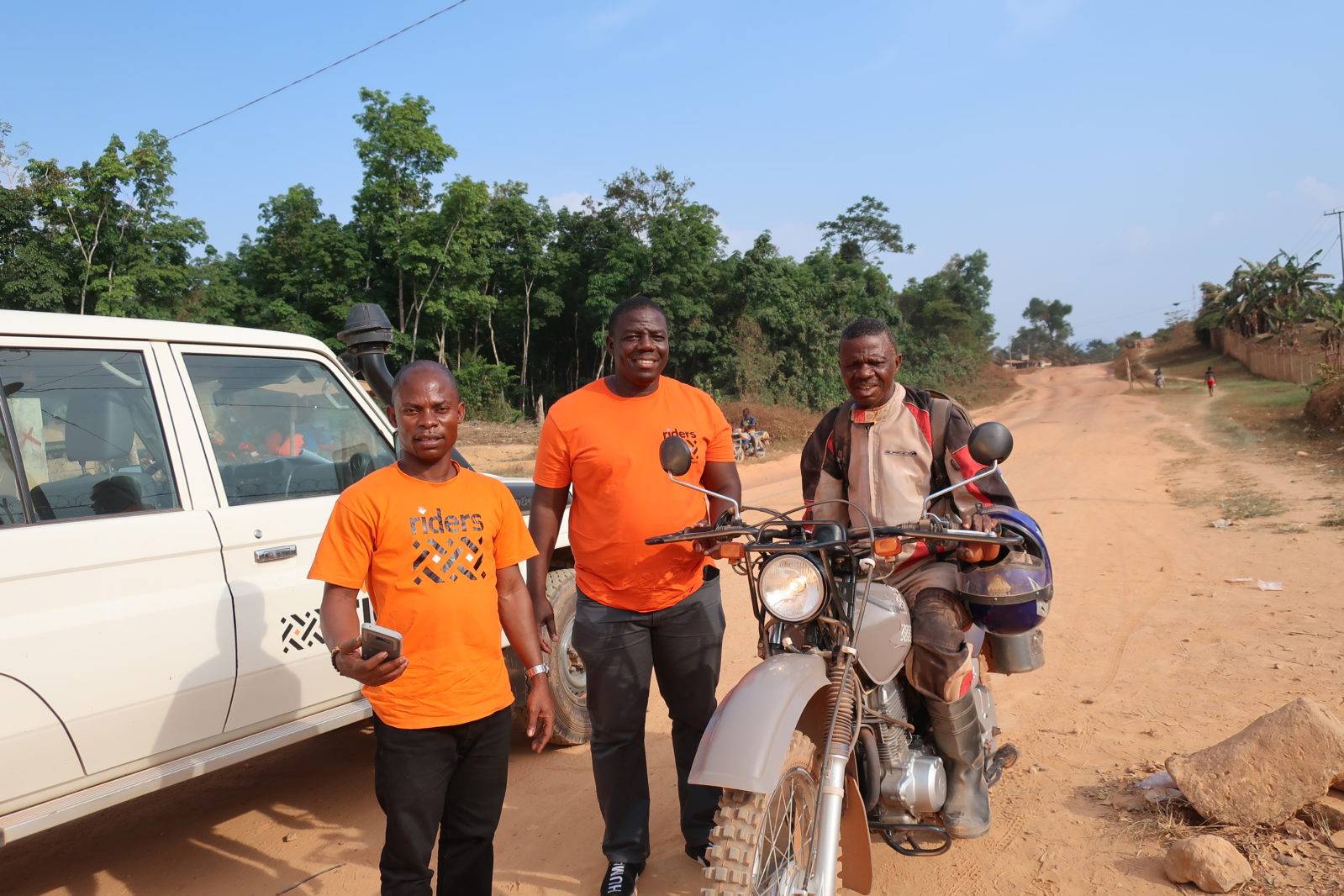