Togo reported its first COVID-19 case on March 6, 2020, and within two weeks, the government adopted a series of public health and social measures (PHSMs), including a two-week closure of all land borders and strict movement controls around the cities of Lomé, Tsévié, Kpalimé and Sokodé; limits on public gatherings, and closure of churches and mosques.

As cases continued to climb around the world, on April 1, 2020, the President of the Republic of Togo, his Excellency Mr. Faure Gnassingbé, declared a state of health emergency and a curfew beginning the next day.

While these measures followed a public health rationale, they also had substantial negative social and economic impacts, and without formal legal backing, were difficult to enforce.

Before the pandemic struck, Resolve to Save Lives (RTSL), an initiative of Vital Strategies, had been supporting the Ministry of Health to conduct a legislative analysis of Togo’s compliance with requirements for the International Health Regulations (2005)—a legally binding agreement adopted by World Health Organization (WHO) Member States that commits them to develop and maintain systems to find, stop and prevent disease outbreaks and other public health threats. The Ministry requested additional advice on developing legally sound rules to limit the spread of COVID-19. “Togo had a head start on this pandemic because they had already committed to understanding and improving their legal framework that underpins all disease surveillance and response,” said Aaron Schwid, Director of Public Health Law at Vital Strategies.

Normally, the type of strong public health measures taken by the President would have to be passed by the legislature as laws. On March 27, The National Assembly of Togo passed an Enabling Act officially authorizing the executive branch to legislate by ordonnance. Such authorization allows the government, for a limited period of time, to take measures that are normally within the purview of the Parliament. It gave the government the ability to respond quickly and effectively to the pandemic, while safeguarding parliamentary oversight. At the end of the limited period, members of parliament vote to ratify the ordonnances into laws or they cease to have legal effect.

On July 3, the Togolese government adopted two ordonnances to address the pandemic that aligned with international best practice measures. This allows the Togolese government to reduce the burden imposed on individuals, minimize discomfort or distress associated with PHSMs, respect individuals’ dignity, and provide them with the means to comply with these new measures. “People should not have to choose between death by COVID-19 or by hunger,” said President Faure Gnassingbé.

The new measures created mandatory reporting for COVID-19 cases, mandated face masks in public places, permitted certain essential meeting and activities if strict public health measures were in place, allowed local governments to effectively manage the crisis in their localities, and encouraged the use of fines rather than jail time for first time offenders breaching the newly adopted rules. New decrees or arrêtés further detailed the face mask mandate and adapted the public health and social measures introduced by the ordonnances.

The government developed several initiatives to mitigate the impact of public health and social measures. They set up an unconditional cash transfer scheme, called the Novissi Program. This program supports Togolese informal workers whose incomes were disrupted by COVID-19. Since its creation, the program has distributed over 11 billion CFA franc to more than 500,00 beneficiaries. Other new support programs include a website dedicated to informing the population about the pandemic situation in Togo and the government response. In addition, the National Assembly authorized the government to grant financial support to those in need—such as delaying rent payments and payments of electricity and water bills and supporting affected companies—to lessen the social and economic impact of the pandemic on the country.

Other socio-economic measures have been adopted to support the people of Togo during the pandemic, such as free water and electricity for certain populations and preventing price gauging of basic commodities including food.

Resolve to Save Lives continues to support the Ministry of Health to review its national legal framework and complement existing laws. With the ordonnances that allow officials to enforce COVID-19 protection measures, while prioritizing the health and well-being of Togolese citizens, Togo can more effectively fight COVID-19.  “By improving its legal framework to tackle this pandemic,” said Joël Kossivi ABALO, Head of Legal Affairs at the Ministry of Health of Togo, “Togo is already better prepared to fight the next one. We now want to make sure our learning and efforts are translated into long-term epidemic preparedness in our country.”

Governments need strong legal foundations to protect their people in the face of a health crisis. As governments settle into the long-term fight against the COVID-19 pandemic, supporting laws must find a balance between imposing strict public health measures and reducing restrictions on individuals and society.

Training people on the pandemic’s frontlines to safely deliver care. 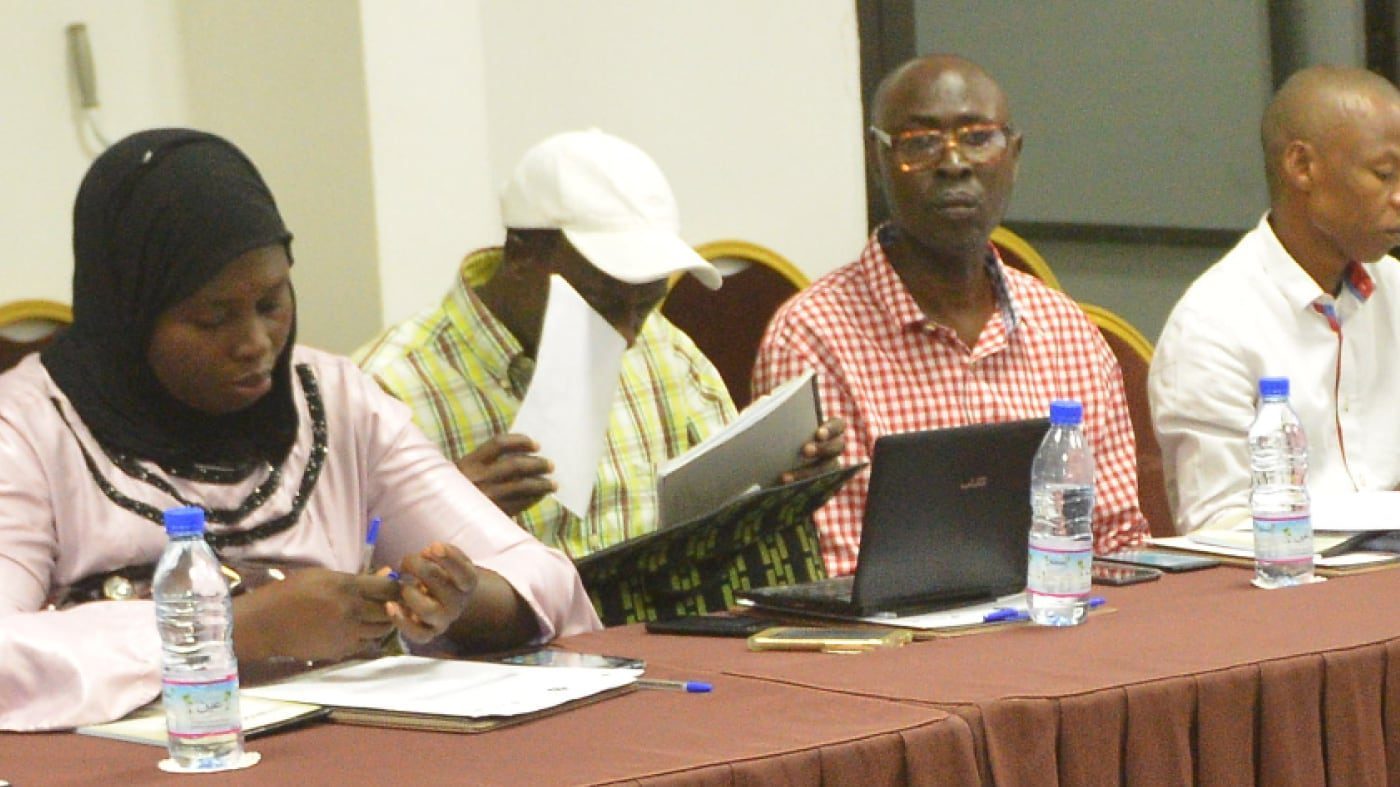 Senegal makes the case for investing in epidemic preparedness and response 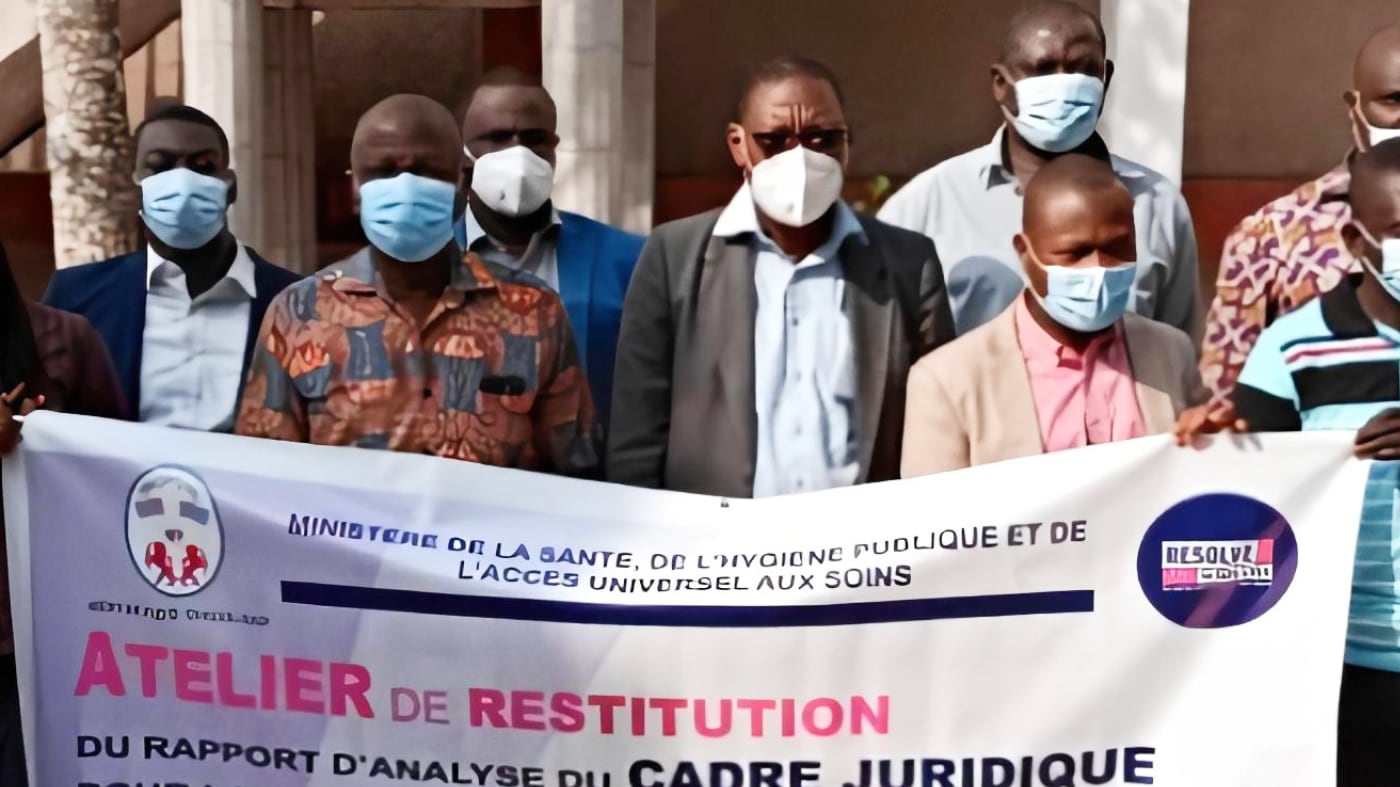