As COVID-19 moves across the globe, Ghana has emerged as a leader on the African continent, quickly marshalling its resources to ramp up testing, support healthcare workers, and provide support and economic relief to communities most in-need. The country’s ability to respond rapidly and decisively has been influenced in part by its past experience mobilizing to meet other health threats that demanded a coordinated response: most notably, the deadly 2014-2016 Ebola outbreak that killed more than 11,000 people in Africa.

Preparing for a coming threat

In 2014, Ebola spread quickly through West Africa, taking thousands of lives and shattering economies and communities. As the virus moved through the west African countries of Liberia, Guinea and Sierra Leone, Ghana’s government and citizens watched with concern as it grew closer to its borders. When an infected Liberian-American citizen, who later died, was confirmed to have spent time in the Accra Airport, the government knew it must accelerate its preparedness efforts.

Ghana’s government came together with its partners to take decisive action. First, the “National Preparedness and Response Plan for Prevention and Control of Ebola” was developed and implemented in readiness for an outbreak. This helped build and strengthen systems to help address any future outbreak, epidemic, or pandemic.

Fortunately, there was never an Ebola outbreak in Ghana’s borders during the 2014-2016 Ebola epidemic. But was the investment a valuable exercise that would pay dividends in the future?

In early 2020, as COVID-19 began to affect countries around the globe, Ghana consulted its past experiences with Ebola to inform its response strategy. In early preparation for the response, the Ghanaian government laid out five key objectives for mitigating the impacts of COVID-19 within its borders:

One of the first major government efforts was to massively scale-up testing. HE Nana Addo Dankwa Akufo-Addo, the President of Ghana, remarked at the onset of the pandemic: “We know how to bring the economy back to life. What we do not know is how to bring people back to life.” To date, Ghana is one of the countries that has conducted more tests for COVID-19 in Sub- Saharan Africa.

As of publication date for this piece, and amid widespread testing, Ghana has identified just under 12,000 cases among a population of 30 million. The doubling time for the virus currently stands at 27 days (“doubling time” is the time that it takes for twice as many people to become infected). For context, at the height of the pandemic in the US, the doubling rate was approximately two days. Also to-date, Ghana has seen 48 deaths, a proportionally low number.

The President has also pledged to make new major investments in Ghana’s health care infrastructure, with a promised 88 new hospitals with 100 beds each throughout the nation. Protecting health workers with adequate PPE has also been a major priority, and a lesson learned from the Ebola outbreak. But with so much of the world’s countries already burning through valuable equipment, Ghana could not afford to rely on international supply chains that has been disrupted by the pandemic. So the country turned to domestic production of PPE, and as of late April, health care facilities had received hundreds of thousands of gowns, scrubs, head covers, and face mask–including more than 40,000 N-95 masks, with a goal of more than three million.

President Akufo-Addo has also announced that health workers will not pay tax on their wages for three months and in addition, all frontline health workers treating COVID-19 patients will receive a 50 percent salary increase for April through June.

At the community level, the government is also putting measures into place to mitigate economic impacts of COVID-19, by covering the electricity and water bills of its citizens for the months of April, May, and June. New innovations in the fight against COVID-19 are also emerging from communities, including school children. Scientific inventions from students honored this week included a solar-powered handwashing sink and “COVID-19 prevention electronic bucket” that allows users to wash their hands without having to touch the tap. The Academic institutions are not left out, genomic sequencing of COVID-19 has already been done and other Universities are expanding their laboratories to support testing.

“Necessity, indeed, is the mother of invention,” said the President, “as the Ghanaian sense of enterprise and innovation is beginning to be felt.” 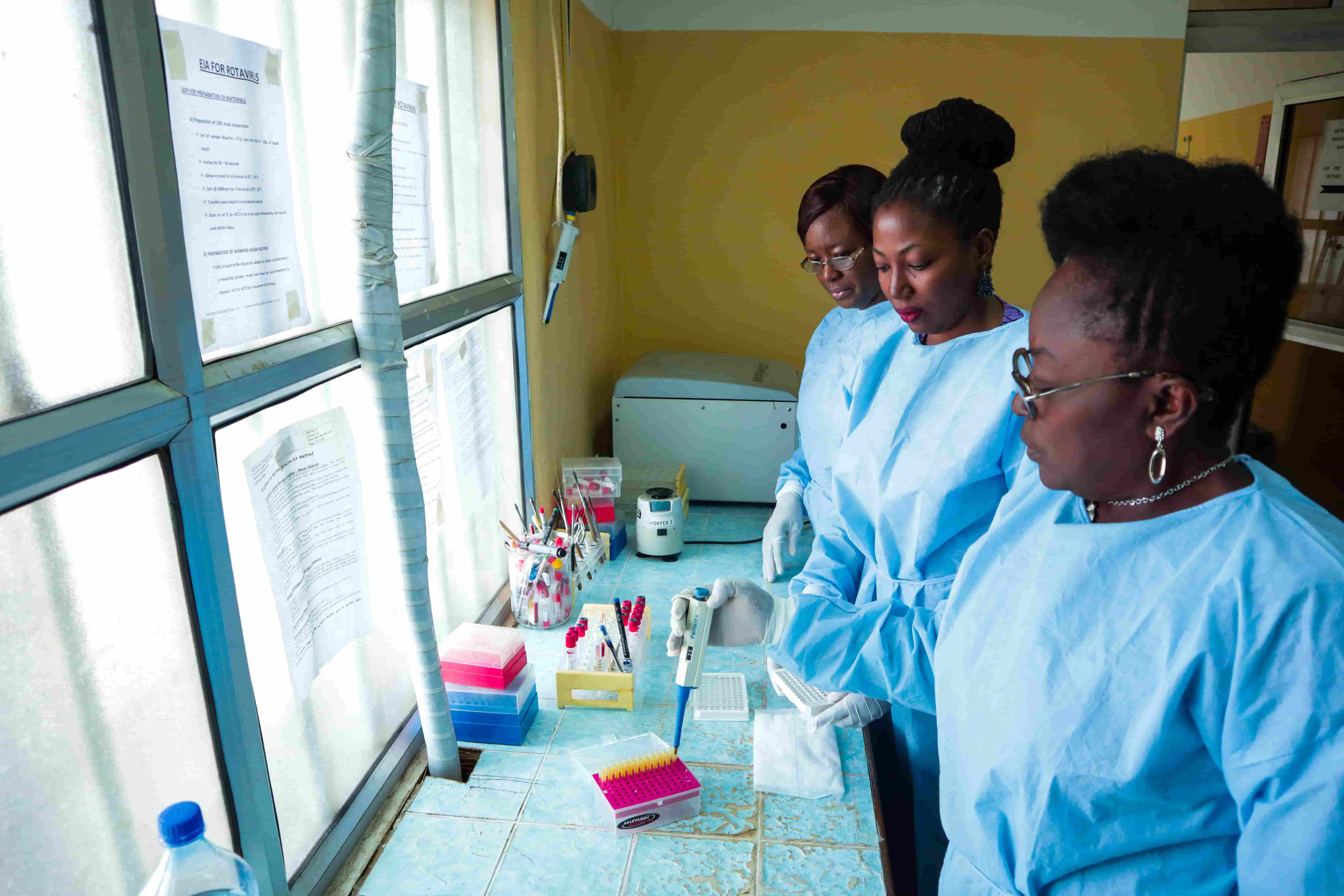 Improving the Ability to Test for Yellow Fever: A Low-Cost, Country-Led Intervention in Nigeria

Time to confirm samples fell from one month to one day 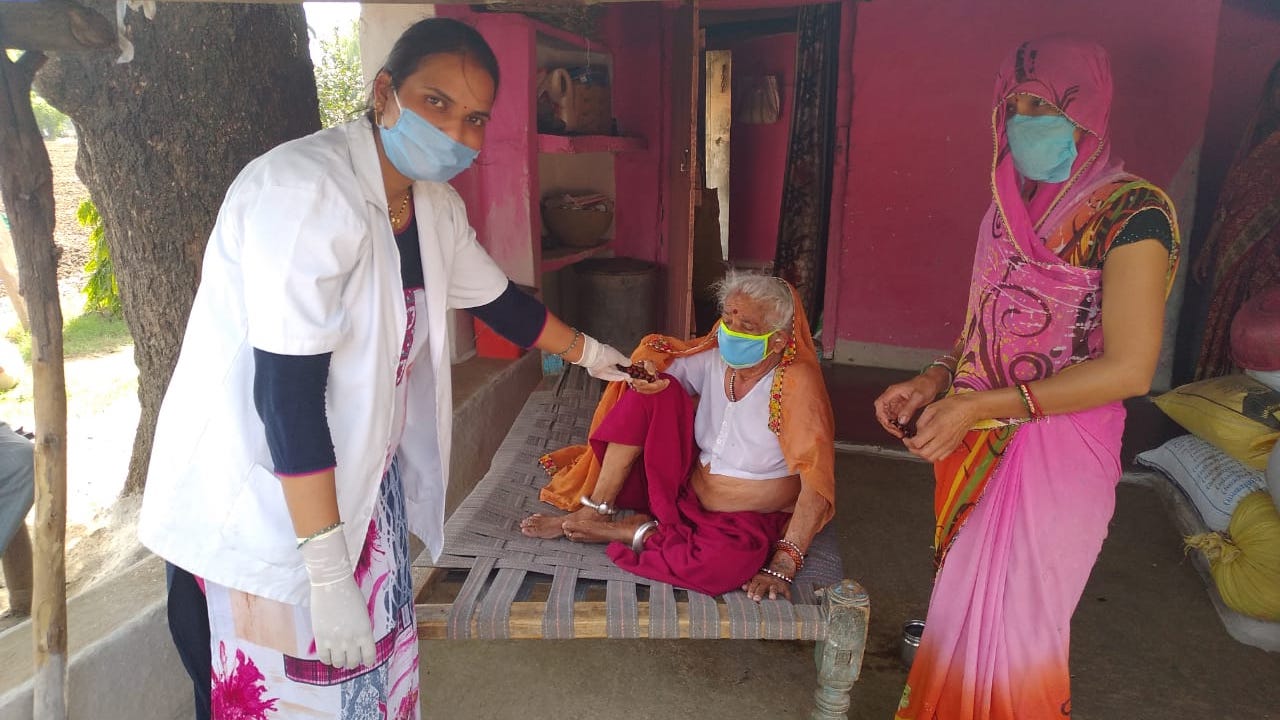 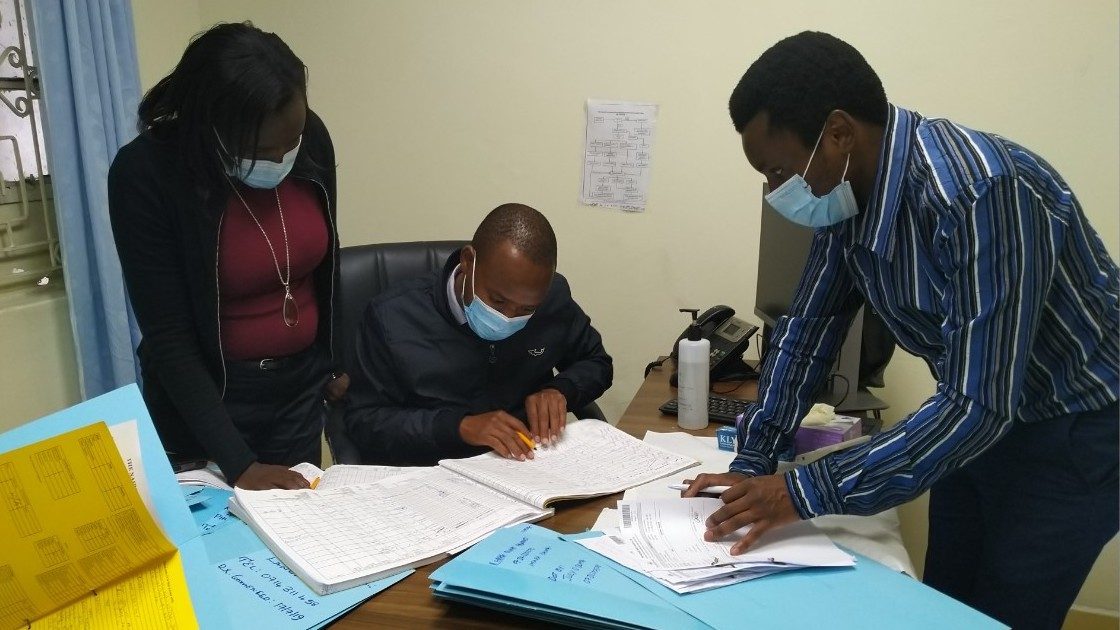