To ensure a disease outbreak does not become an epidemic, speed is of the essence.

The Nigeria Centre for Disease Control (NCDC) is responsible for identifying infectious disease threats in Nigeria and supporting states in their response to viral outbreaks. It is primarily funded by the federal government. However, these monies usually are directed into human resources, operations and capital projects, leaving little support for responding to outbreaks caused by epidemic diseases. For this reason, the NCDC relies on national and global partners to help fund emergency preparedness and response activities.

From 2017 to 2019, it took the NCDC a median of six days to respond to an outbreak upon its detection — and more than one month to respond to one in five (20%) of outbreaks. For instance, one outbreak of meningitis in Zamfara (a state in northwestern Nigeria with large agricultural and gold mining industries) went 108 days without a response from NCDC due to a complex interplay of factors.  A study found that the delay caused an increase in the severity of the outbreak, the number of overall cases and the number of deaths from the disease.

To remedy this problem, on Feb. 1, 2019, the NCDC established the Revolving Outbreak Investigation Fund (ROIF), which allows for the rapid release of funds to investigate, verify and control infectious outbreaks. Since then, the median time to respond to a viral threat dropped to two days, a 67% improvement from the prior two years.

The ROIF was founded through a partnership of the NCDC, the African Field Epidemiology Network (AFENET) and Resolve to Save Lives (RTSL), an initiative of Vital Strategies.

In response to outbreak threats, the NCDC deploys rapid response teams or “Disease Detectives” to the area of the threat, who investigate and track cases through laboratory testing, community surveillance and engaging with community members in an effort to slow the outbreak’s spread. The speed with which a rapid response team is deployed is critical in controlling outbreaks and preventing  regional and national health infrastructures from becoming overwhelmed.

Before the ROIF was established, the NCDC faced challenges in rapidly acquiring emergency funds, due to issues with contracting, legislation, staffing and the transfer of funds. This frequently led to timing delays in the deployment of the Disease Detectives, which increased the threat of disease and led to preventable deaths. 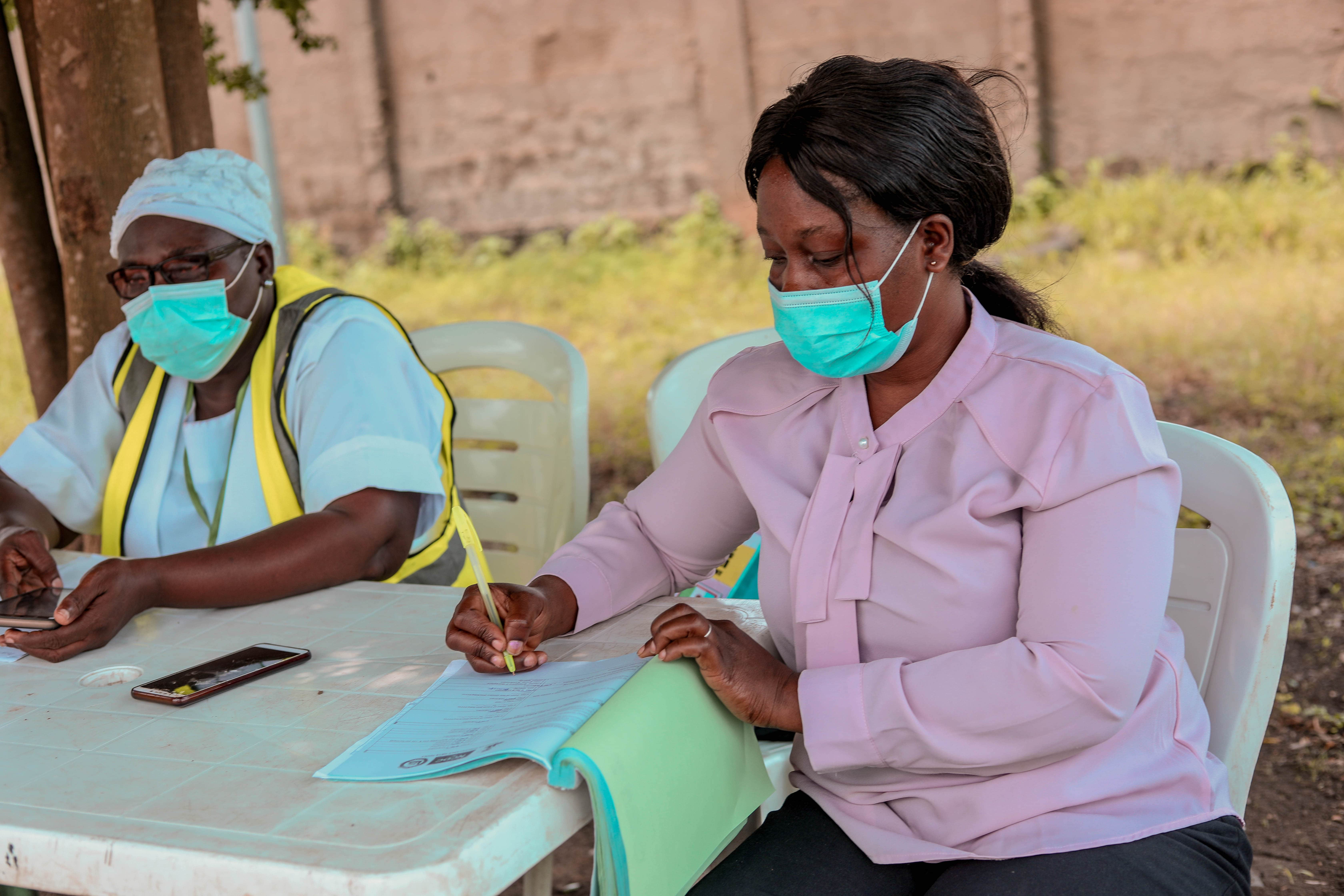 A rapid response team at work in Ogun State, Nigeria in 2020

The ROIF allowed the NCDC to rapidly acquire funds under flexible terms, while reducing administrative and technical delays in the deployment of rapid response teams. After the ROIF was established, the median time from the verification of an infectious disease threat to initiating the deployment of a rapid response team dropped from six days to two.

“The ROIF has been a successful partnership because of the way it is structured,” said Augustine Dada, a technical advisor at AFENET. “It has minimized the bureaucracy and delays associated with an emergency response because of the transparency and efficiency in the process of utilizing funds. As of April 2020, the ROIF has efficiently spent over $300,000 for prompt and effective outbreak investigation in Nigeria.”

In June of 2019, Nigeria experienced a large outbreak of measles, which remains one of the world’s most infectious diseases. Using funds from the ROIF, the NCDC deployed a rapid response team in less than 72 hours to investigate and track cases. The outbreak ended by the end of September with 275 suspected cases and 18 confirmed deaths — much fewer than in previous outbreaks.

Between February 2019 and September 2020, the ROIF deployed 66 rapid response teams and supported the national response to 14 outbreaks, including monkeypox, yellow fever and Lassa fever.

The structure of the outbreak response fund

The ROIF was founded in February of 2019 through a partnership of the NCDC, AFENET and RTSL. The three organizations worked together to:

RTSL provided the original seed funding for the NCDC to use as soon as required. When funds are needed, the Director-General of the NCDC authorizes an investigation into the outbreak (through the development and deployment of an investigative team) and requests the release of funds from the ROIF as quickly as possible. Once the request is approved by AFENET’s authorized signatories, the requested amount of funds is disbursed within 24 to 48 hours. When possible, AFENET pays the investigating team directly for costs of travel or procurement of emergency supplies. Funds for any other logistics are typically advanced directly to the leader of the investigative team.

Case study: The COVID-19 pandemic and the contributions of the ROIF

The COVID-19 pandemic necessitated a substantial and complex response by the NCDC in order to account for the widespread movement of personnel and supplies to stop the spread of the highly transmissible disease.

Before COVID-19 was even declared a pandemic, the NCDC was able to use the ROIF’s outbreak revolving fund to begin pandemic preparedness activities and support the response to the first suspected cases of COVID-19.

Between February and April of 2020, the ROIF was used to deploy more than 200 NCDC personnel to initiate response activities in 34 of Nigeria’s 36 states, and supported the training of health care workers on COVID-19 response. The fund was also used to support technical staff with emergency operations and improve coordination of tracking cases throughout the country.

In spite of the large-scale response needed by the NCDC to respond to the pandemic, the median time to deploy NCDC teams to states was three days from the time of the first verified case in that state — 50% faster than it was prior to the ROIF’s establishment. ROIF  funding was available ahead of the larger resources mobilized when cases spread across the country.

Unlike other forms of funding, ROIF’s infrastructure is so flexible that the NCDC was able to use its financial and technical resources immediately to respond quickly to the virus. Another  important aspect of the ROIF’s success is that it is a mechanism that other donors and partners can use. For instance, the Dangote Foundation, a private, charitable organization, contributed to the ROIF to ensure that the NCDC had timely and flexible funds towards its COVID-19 response. 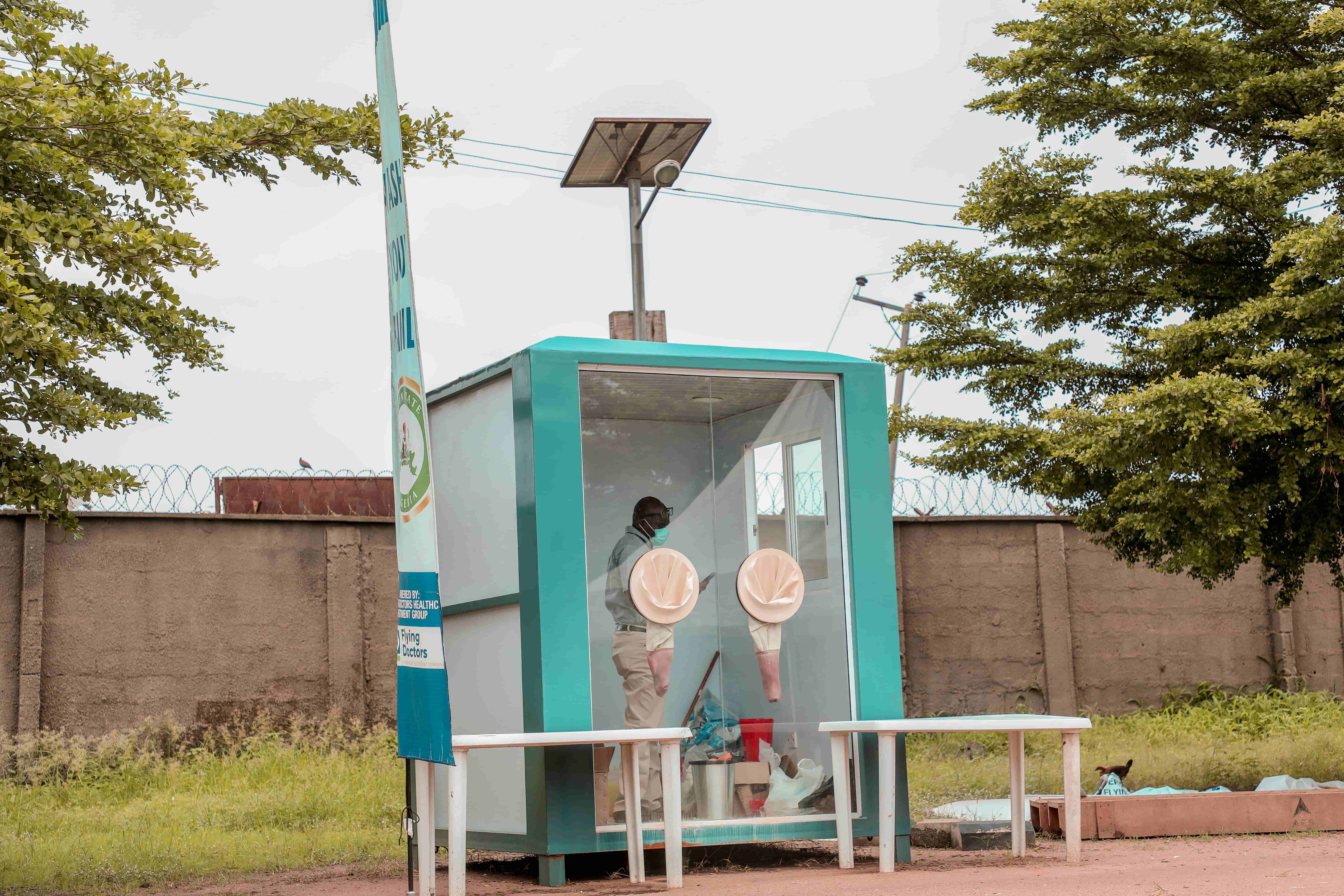 The innovation of the ROIF serves as a model that other countries and partners can adopt to support life-saving strategies in outbreak response. As noted by then-Director General of the NCDC, Chikwe Ihekweazu, the fund is “unique in its speed and flexibility, allowing us to solve urgent issues, deploy teams rapidly, communicate to the public, and build confidence and resilience.”

However, as the ROIF continues to be refined, there are several steps the NCDC and partners can take in order to increase Nigeria’s overall efficacy and sustainability in responding to outbreaks.

First, the ROIF is only accessible at the national level. Additional funding mechanisms on the state or community levels could make funds available even faster, lowering the number of preventable deaths even more and strengthening the overall health system within each state.

Second, the NCDC and Nigeria’s government must work towards strong and sustainable financing for emergency response with less dependence on outside partners. A critical step was made in 2018, when the Basic Health Care Provision Fund was launched. This provision allocated 1% of the Nigerian government’s consolidated revenue fund to improving universal health coverage and strengthening the health system; a portion of this was allocated to support the preparedness and response activities of the NCDC at the end of 2018. Funds such as this can be institutionalized and further strengthened to improve the overall independence and ownership of national and state health care systems in outbreak response.

“To improve the overall efficiency of the ROIF, the NCDC and its partners need to sustain the accountability mechanisms established in the ROIF’s infrastructure,” said Augustine Dada. “The ROIF can serve as a model for other emergency response funding initiatives that are similarly devoid of bureaucratic bottlenecks and can be used to rapidly deploy outbreak response teams across the country.” 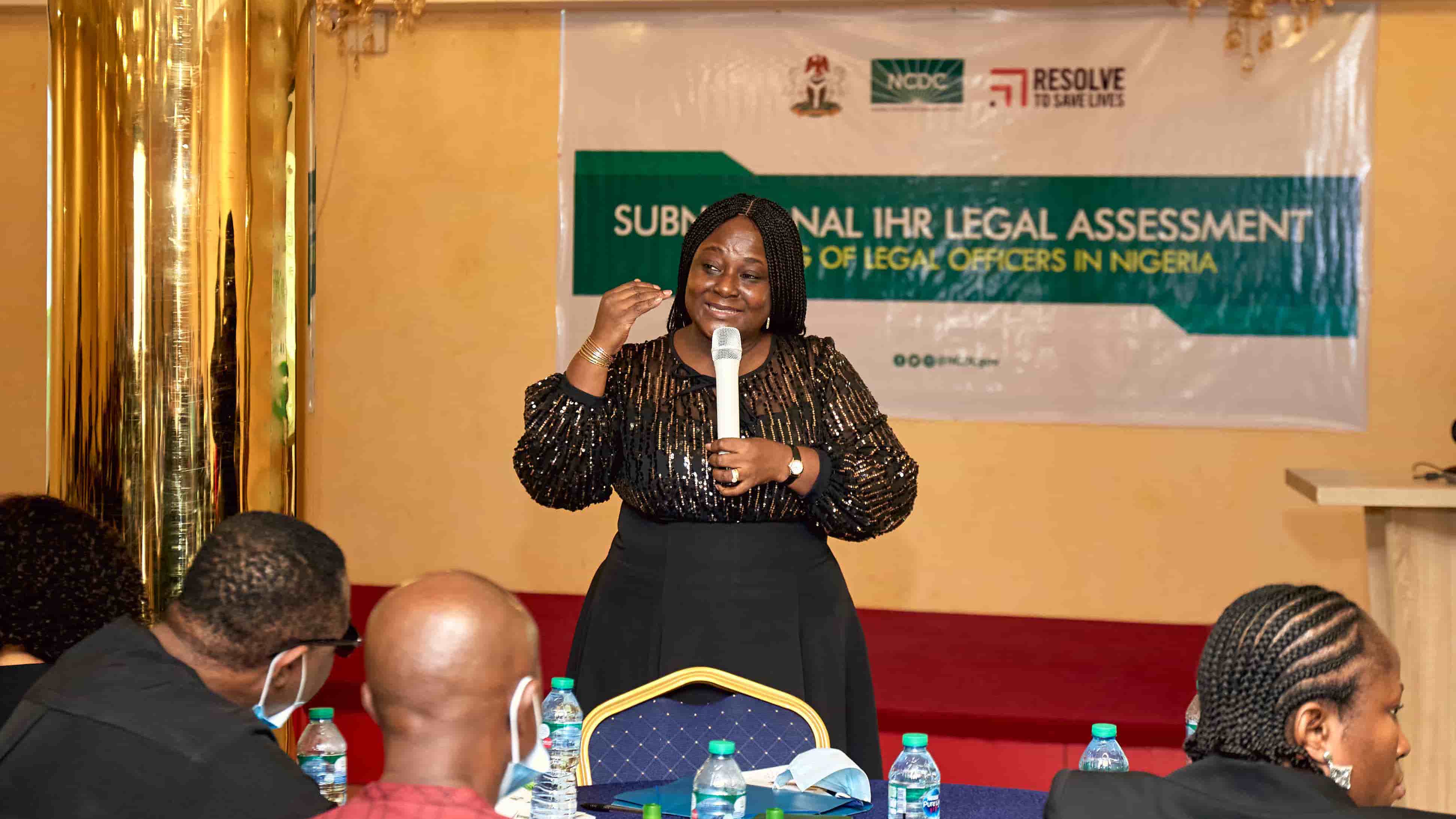 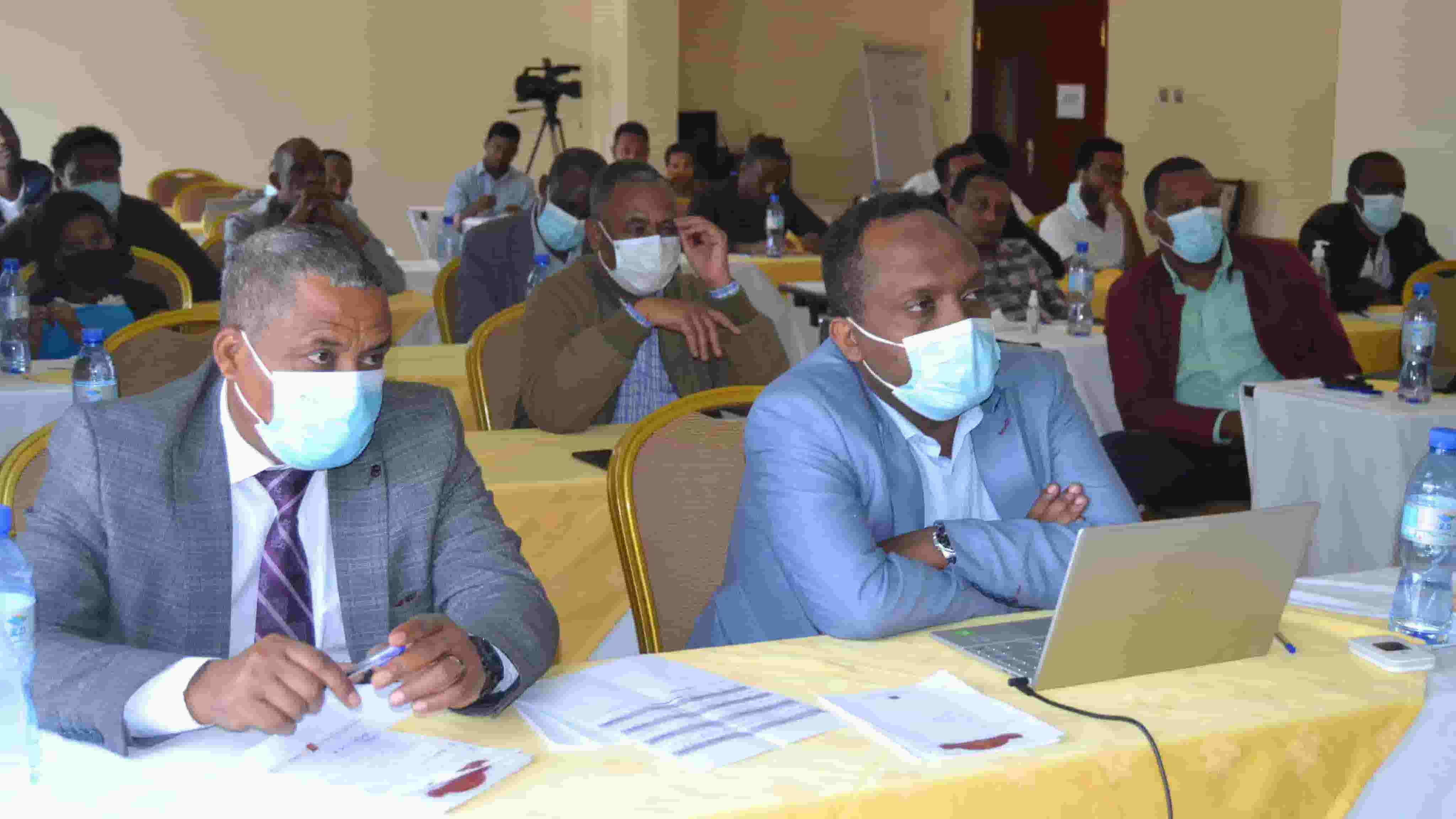 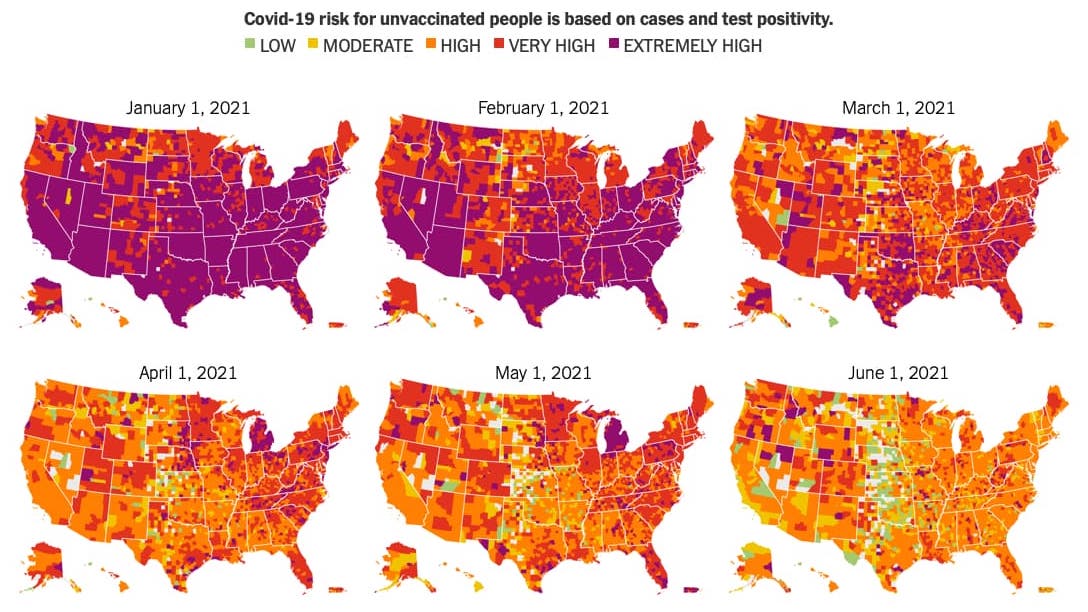