COVID-19 has revealed and exacerbated unacceptable disparities in health care access and outcomes in the United States across racial and ethnic lines. Black, Latinx and American Indian communities are still at a higher risk of infection, and more likely to experience severe outcomes. Across the country, Black, Latinx and American Indian communities—despite being disproportionately impacted by COVID-19—faced high barriers to testing, especially early in the pandemic, when testing supplies were scarce, turnaround times were substantial, drive-through testing sites saw hours-long waits and costs associated with testing were often opaque.

In North Carolina, health officials sought a solution. By June 2020, Latinx people accounted for 40% of COVID-19 cases, despite comprising only 10% of the state’s population. Although Black North Carolinians represent 22% of the state’s population, they represented 30% of North Carolina’s COVID-19 deaths at the time. The North Carolina Department of Health and Human Services (NC DHHS) established an equity-driven testing rollout strategy that sought to provide access to testing in the communities most affected by the pandemic. Addressing the testing gap lowered the risk of undetected infection in hard-hit communities.

Prioritizing testing for those who were left out

To both rapidly scale up COVID-19 testing and make it more equitable, the NC DHHS started its Community Testing for High-Priority and Marginalized Populations (CHAMP) initiative in July 2020. While mapping areas with the direst need of testing access, officials looked not only at where COVID-19 caseloads were highest, but also at areas with high concentrations of social vulnerabilities and low concentrations of health services.

The NC DHHS considered not only where to expand access to testing, but also worked with the community to determine how the expansion should be done; CHAMP engaged with churches, community centers, daycares serving essential workers, farmers and cultural and immigration support centers. Through the CHAMP initiative, officials discovered that providing access to testing services at the community level— in neighborhoods, at community centers and at centers of worship—meant more people would get tested.

“We had to take the tests to the people—that was the solution,” said Dr. Shannon Dowler, Chief Medical Officer for Medicaid at the NC DHHS. 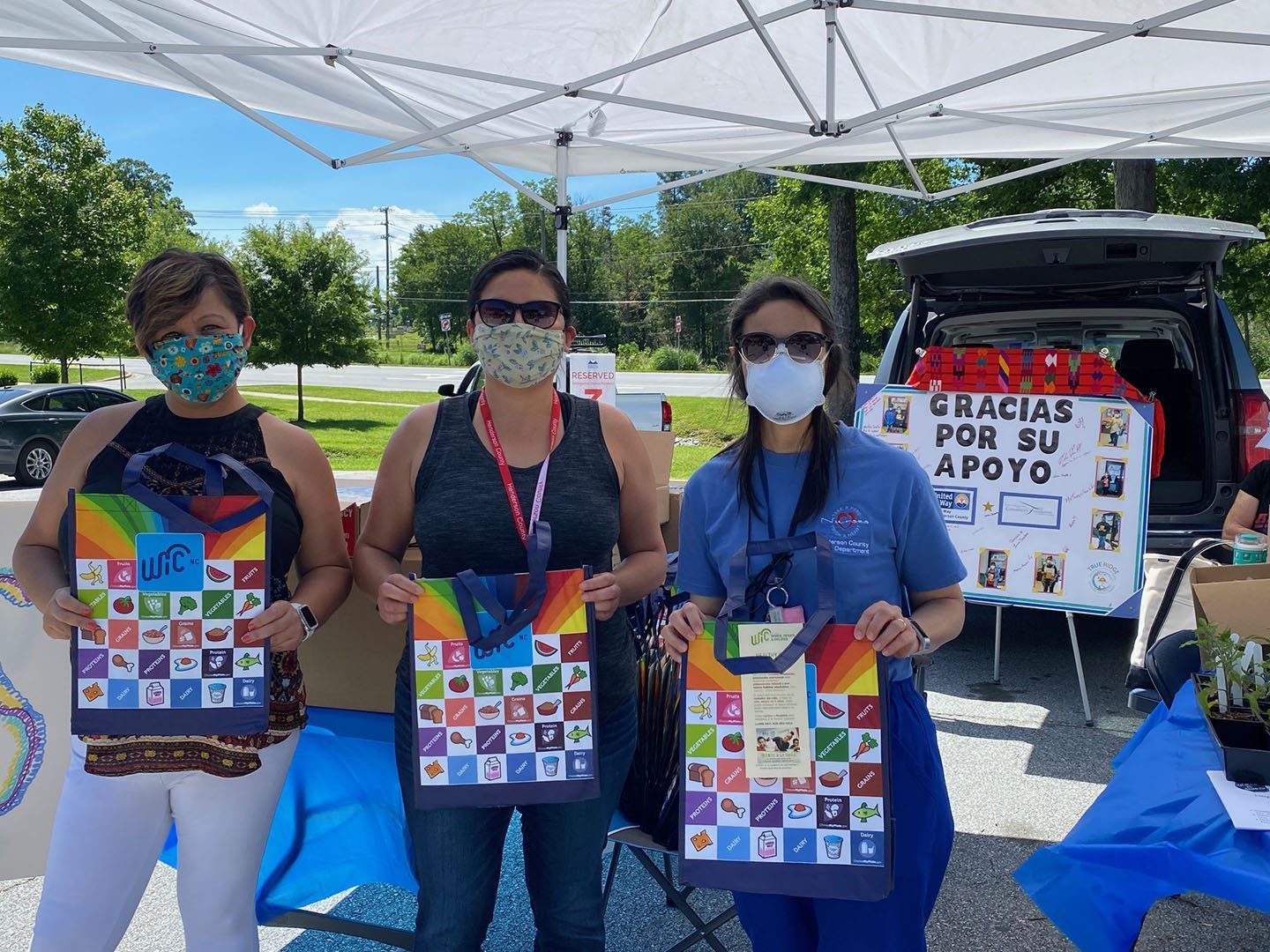 The NC DHHS chose two vendors to deliver free tests in ZIP codes with a high proportion of Black, Latinx and American Indian individuals, as well as ZIP codes with higher concentrations of chronic illness and where farms and construction sites were linked to multiple outbreaks. Within two weeks of requesting applications from vendors, the initiative had set up temporary testing sites in these targeted areas—a process that would take at least six months in ordinary circumstances.

The initiative worked to remove other barriers to testing as well. CHAMP eliminated an earlier requirement that people seeking COVID-19 tests present a physician’s referral or a photo ID. The tests were free, eliminating costs beyond time and transportation. Vendors were required to ensure a culturally and linguistically appropriate as well as welcoming environment for those seeking tests, which included having multilingual staff on site. Compensation was contingent upon how well vendors met these requirements, which served as a performance incentive. The CHAMP testing events were monitored by volunteer “secret shoppers” who made sure proper protocols were followed and could provide real-time feedback to help the initiative improve. These volunteers observed almost a third of all testing events and reported directly to organizers on various issues—for example, making sure the no-ID requirement was understood by program staff.

CHAMP vendors were also incentivized and supported to report more comprehensive race/ethnicity data, which at the start of the initiative was missing for 40% of the state’s cases. At the end of the program, more than 84% of the tests conducted through CHAMP included this data.

When the initiative’s initial six-week run ended on August 31, 2020, 383 testing events had been held across more than 100 ZIP codes, and 16,568 tests had been conducted—1.4% of all tests performed in the state in that time frame. Of the people the CHAMP initiative tested, 61% were from historically marginalized populations, compared to 21% in the state’s other testing programs during the same six weeks of operation; 37% were uninsured, compared to 11% of the state’s population overall.

The program also found high rates of test positivity among specific populations—for example, although 16.9% of CHAMP participants were Latinx, they comprised 36.6% of those who tested positive; high test positivity was also found among people without health insurance. Addressing community needs and underinsurance in historically marginalized communities is crucial for developing equitable health programs. 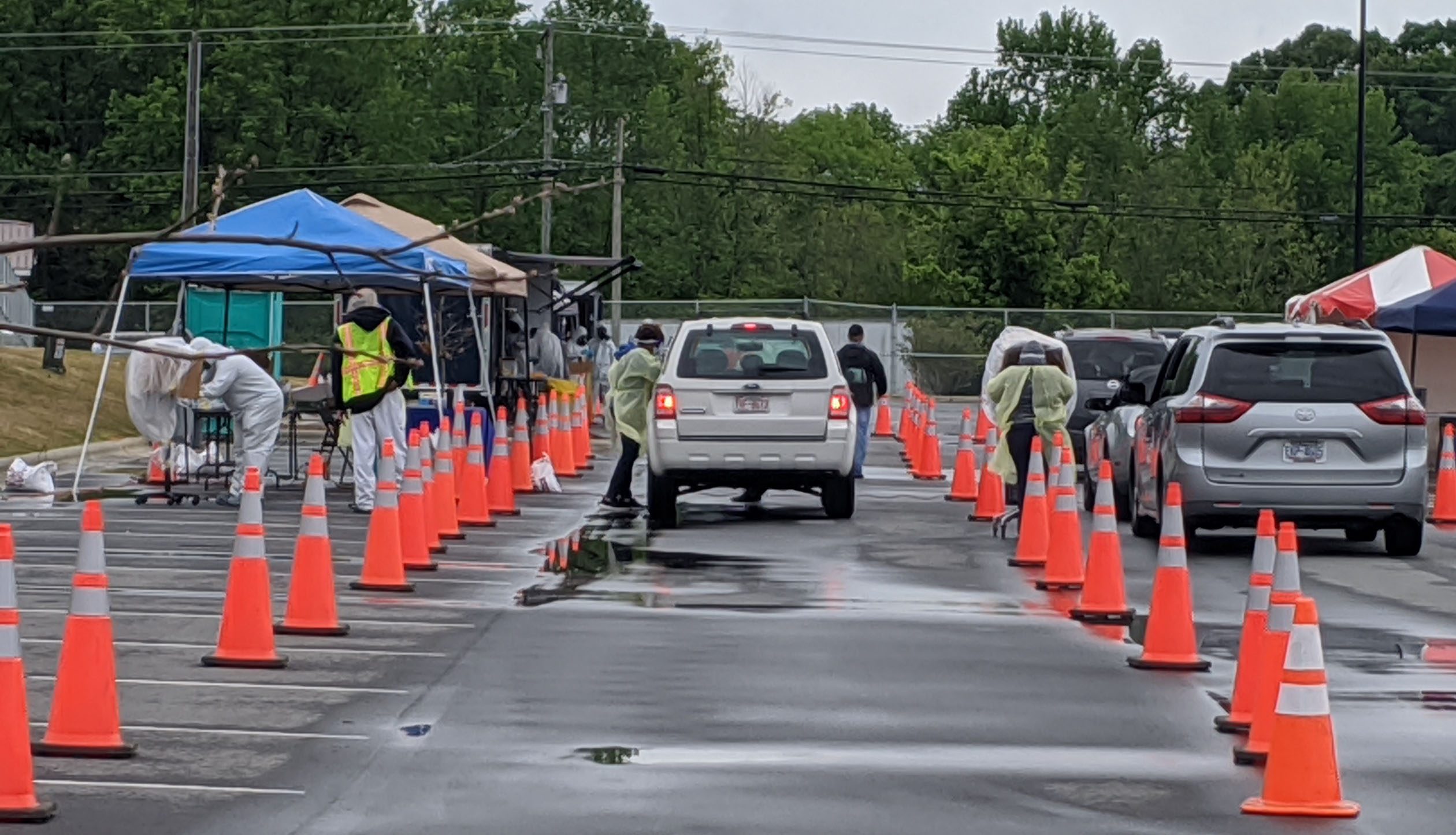 The CHAMP initiative not only rapidly expanded access to testing—it was also a valuable tool in building community trust. Listening to and engaging directly with communities, as opposed to coming in with a top-down plan, helped ensure that community needs would be met. The real-time community-based communications and data-driven decision-making of the CHAMP initiative provide a model for jurisdictions across the country. North Carolina’s work in data reporting has been called “the most complete among states” and its efforts to achieve an equitable vaccine rollout have been recognized in national media.

The CHAMP initiative (including two subsequent iterations that expanded testing access even further) provided a blueprint for the NC DHHS to design an equitable COVID-19 vaccine rollout: engage with communities to identify needs, look at the data to drive decision-making and adjust the program in real-time as needed.

“A lot of what we did with CHAMP, a lot about how we structured the intervention, allowed us to get ahead on vaccines,” Dr. Dowler said. “We took lessons learned from CHAMP to our vaccine rollout and bridged partnerships with Federally Qualified Health Centers, community organizations and networks and began work to eliminate vaccine hesitancy and bring vaccines directly into the communities early on.”

The United States Covid Response team at Resolve to Save Lives, an initiative of Vital Strategies, has been following CHAMP’s work, its impact on testing rates among historically marginalized communities and its significance for the state’s vaccine response in an effort to promote equitable access. NC DHHS is currently submitting a detailed summary of these strategies to CDC’s Morbidity and Mortality Weekly Report.